A Salon celebrating Ada Lovelace, ‘enchantress of numbers’, through music and conversation.

An Evening with Ada

The Blue Room at the 52nd St Project

Tickets can be reserved through Brown Paper Tickets or by phoning 864 5414282.

This presentation will explore the life and contributions of Ada Lovelace Byron, the inspiration for our opera in development. Supported by arias from the opera and a discussion about Ada’s legacy as a mathematician, we will learn more about her passion for ‘the poetry of numbers’ and how her work connects to the world of technology today.

An Evening with Ada is presented by the Ada the Opera team; Kim Sherman, Margaret Vandenburg, Lisa Rothe and Louise Fagan. 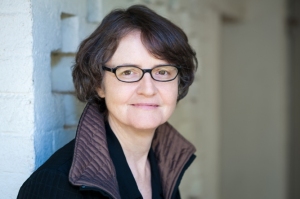 Librettist MARGARET VANDENBURG writing spans a wide range of genres, including novels, creative nonfiction, and literary criticism. She is the author of works including The Home Front, a portrait of a family facing autism, and Weapons of Mass Destruction, an Iraq War novel, both of which are forthcoming from The Permanent Press. Having completed her Ph.D. at Columbia University, she traveled across Broadway to Barnard College, where she is a Senior Lecturer in English. College training as an opera singer provided some of the impetus and much of the musical expertise necessary to write Ada, her first libretto. For a writer accustomed to working alone, either in ivory towers or in the privacy of her own study, Ada constitutes a welcome foray into the world of collaborative creativity. The process of writing the opera feels like a homecoming, the genre where all her creative impulses find common ground.

NAOMI EHRICH LEONARD is the Edwin S. Wilsey Professor of Mechanical and Aerospace Engineering and an associated faculty member of the Program in Applied and Computational Mathematics at Princeton University.  She is affiliated with the Princeton Neuroscience Institute and the Program in Quantitative and Computational Biology and she is co-leader of a new initiative at Princeton on Engineering and the Arts.  Leonard is also Director of Princeton’s Council on Science and Technology, working to broaden science and engineering literacy across campus.

Leonard studies, publishes and teaches in a branch of engineering and applied mathematics called control theory.  The field involves designing and analyzing methods for influencing the behavior of complex, dynamical systems using feedback.  Feedback refers to (automatic) adjustments in actions taken by a system in response to measurements of the system’s own state and environment; feedback is critical for robust self-regulation in engineered systems as well as in biological systems at every scale. In recent years, Leonard has been interested in the role of feedback and interconnection in collective motion and collective decision-making for multi-agent systems in engineering (design of robotic teams) and in nature (analysis of animal and human groups).   She led a large, collaborative, multidisciplinary project Adaptive Sampling and Prediction on the development and demonstration, in Monterey Bay, CA in 2006, of an automated and adaptive ocean observing system consisting of a coordinated network of underwater robotic vehicles that move about on their own and carry sensors to collect scientific data about the ocean.   In 2010 she collaborated with choreographer Susan Marshall to explore what happens when dancers carry out the mathematical rules for dynamic response used to model flocking birds and schooling fish.   The project Flock Logic culminated in two site-specific performance events that were part structured improvisation and part flash mob.

Leonard is the recipient of a John D. and Catherine T. MacArthur Foundation Fellowship and is a member of the American Academy of Arts and Sciences.  She earned her BSE degree in mechanical engineering from Princeton University and her Ph.D. degree in electrical engineering from the University of Maryland.   Leonard is passionate about dance and has spent many years studying ballet.

Composer KIM SHERMAN’S music covers the spectrum of genres from opera to chamber and orchestral to musical theater.New works currently under construction are “Ada,” an opera about Ada Lovelace, “Makeover” a musical about a pioneering cosmetics entrepreneur, and “Summer 1976” a song cycle for lyric baritone and string quartet. Her “Song of Songs,” for strings, harp and soprano was premiered in 2004 by San José Chamber Orchestra, conducted by Barbara Day Turner. “Graveside,” her a cappella choral work, was recorded by Musica Sacra and has been performed throughout the US and Europe. On Broadway, she wrote incidental music for “I Hate Hamlet.” Other works include “A Prairie Diary” (song cycle,) “The Happiest and Unhappiest of Men” (chorus and orchestra, commissioned by The Mendelssohn Club of Philadelphia,) “Karner Blue,” (flute and piano, commissioned by The Pappoutsakis Foundation,) “The Vision” (guitar and oboe,) “Love’s Comedy” (opera based on the play by Henrik Ibsen,) and several musicals, among them: “HeartLand,” “O Pioneers!,” “Honor Song for Crazy Horse” and “The Two Orphans.”
Ms. Sherman studied piano and composition at Lawrence University, and composition and orchestration with composer Thea Musgrave. Her career started in Minneapolis, where she was awarded two Kudos Awards for her work in the theatre. A New Yorker since 1983, she is a regular volunteer composer and mentor for The 52nd Street Project. 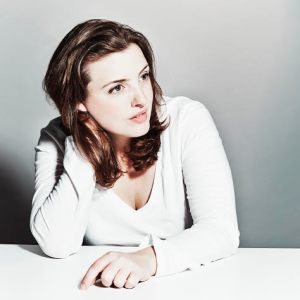 SARAH CHALFY is an active performer on a variety of musical stages. A specialist in premiering new works, she has performed the title role in ADA for a number of workshops, including presentations by the Ensemble Studio Theatre and the Center for Contemporary Opera. Other title roles she has premiered include Nellie Bly in David Friedman/Peter Kellogg’s new musical Stunt Girl, and Madeleine X in Michael Gordon’s opera What to Wear, conceived, designed, and directed by avant garde theatre legend Richard Foreman. She has collaborated with some of NYC’s hottest new music ensembles, including Alarm Will Sound, Newspeak, and NOW, premiering works of composers such as Michael Gordon, David T. Little, Judd Greenstein, Missy Mazzoli, John Halle, Joel Derfner and Kim D. Sherman. On the pre-Baroque front, she is a frequent soloist with ARTEK, Early Music New York, and other members of GEMS NY. She has recorded on the Canteloupe, New Amsterdam, and Innova labels. Opera and musical theater credits include Helena (A Midsummer Night’s Dream), Gretel (Hansel and Gretel), Adele (Die Fledermaus), Anne Sexton (Transformations), Vixen (The Cunning Little Vixen) Yum Yum (The Mikado), Guenevere (Camelot), Marian (The Music Man), Carrie (Carousel), and Hodel (Fiddler on the Roof).

Sarah did her MM studies at Manhattan School of Music and her BM at the Peabody Conservatory. She was a fellow at the Tanglewood Music Center, where she was soloist in Berio’s Sinfonia with Robert Spano and Vivaldi’s Gloria with Craig Smith and the Mark Morris Dance Company. Sarah is recipient of numerous awards, including top prizes in the Lotte Lenya, Rosa Ponselle, Canticum Dominum, and Bach Society of Baltimore competitions, and study grants to the Universität Mozarteum Salzburg and the Académie internationale d’été de Nice.

Pianist JOCELYN DUECK is an inveterate new music interpreter on the New York City circuit, premiering operas and other works by composers Eve Beglarian, Lisa Bielawa, Tom Cipullo, Corey Dargel, John Glover, Judd Greenstein, John Glover, Daron Hagen, Stephen Hartke, Gabriel Kahane and Gilda Lyons, to name a few. Jocelyn was a collaborator on the Billboard Chart-topper Five Borough Songbook, a seminal collection of songs by New York City’s most innovative composers. The New York Times called her performance of the works “solid and colorful.” Jocelyn was a collaborator on 21C Liederabend at Galapagos, one of Time Out New York’s “Best of 2009.”

A devotee of language study through music, Jocelyn is the founder of The Center for Language in Song, an institute dedicated to the art of song performance. This past year, she taught German Diction to undergraduate and graduate students at the Manhattan School of Music and Italian Diction to students in Dawn Upshaw’s acclaimed Vocal Arts Program. She was a professor for many years at NYU and Mannes College, where she imparted her love of German, English, Italian and French diction, and her passion for German Lieder, to singers and collaborative pianists. As a coach, Jocelyn has served on the music staffs at Glimmerglass Opera and Seattle Opera.

Jocelyn received a DMA in Accompanying and Coaching under the tutelage of Margo Garrett and Karl Paulnack at the University of Minnesota in 2004. Her dissertation focused on the unpublished song cycles of Les Six composer Louis Durey. Jocelyn has written articles for Opera America’s Perspectives book series as well as their magazine, and is a regular contributor to the ezine Sparks and Wiry Cries 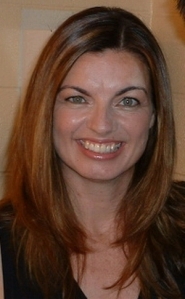 Creative Producer LOUISE FAGAN thrives on bringing an idea to its fullest creative expression. Working with a single writer, musician, artist or with a cast of hundreds for national organizations, her projects are as varied as their settings.Select credits include the National Museum of Women in the Arts (Washington DC Producer/Director), Off Broadway Urban Stages (New York City Prod/Dir), Opening and Closing Ceremonies for the Canada Games (2001 Prod/Dir)) Under an African Sky in support of the Stephen Lewis Foundation (London, Ontario Prod/Dir,). In the studio Louise produced the orchestral recording River, for Wellspring the Canadian cancer support centre, recorded Canadian singer/songwriter Donna Creighton’s soon to be released Northern Daughter, arranged and produced Noted! which features extraordinarily talented women who live in rural Ontario, Canada and worked with acclaimed producer Jack Richardson on the soundtrack to the hit stage show Jazzabel. In the literary world Louise has worked with authors and poets such as Molly Peacock, Susan Swan and Alison Wearing. Louise’ work has been featured in O the Oprah Magazine, the New York Times, NOW Magazine, Canada’s daily National Newspapers, CBC Radio as well as CTV, CBC and Rogers Television networks. She is the Founding and Executive Producer of the Bach Music Festival of Canada, while also maintaining a busy guest speaking schedule. In the studio, on the stage, with a single artist or a cast of 100’s, the heart of Louise’ work remains in telling a story.